So that Jimmy did not die in vain

Two Ospreys at the Dyfi Osprey Project south of Machynlleth,
love to take their fish to a favourite power pole perch:-
Monty

(the resident male on the Dyfi nest) 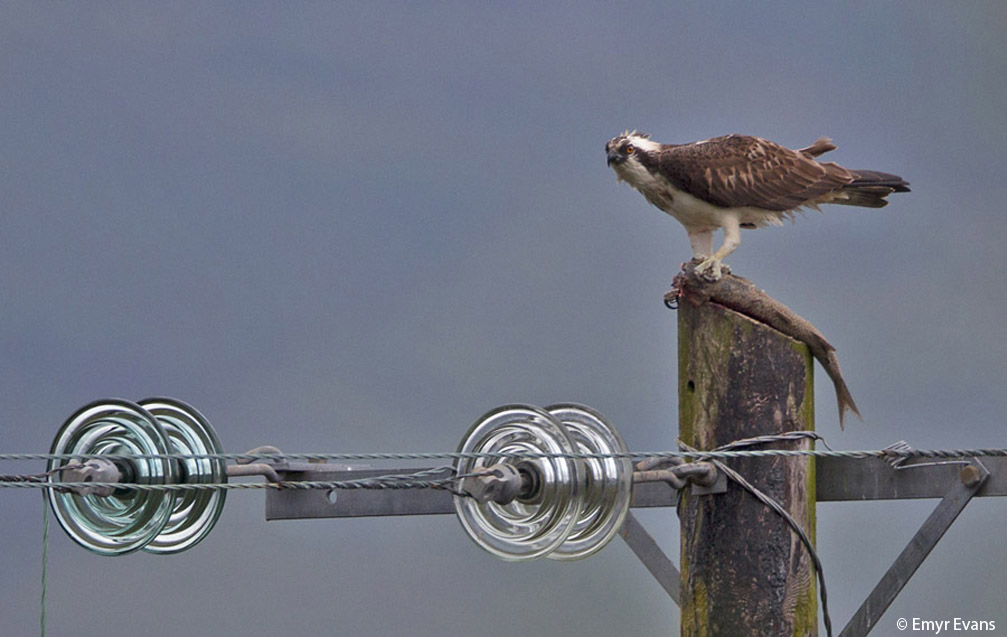 (a frequent female intruder to the site)

Clearly, after what happened to Jimmy, this makes them vulnerable, so Scottish Power plan to take remedial action to keep the Ospreys safe from any hazards of electricity before they return in Spring 2016.

Emyr Evans, the manager of the Dyfi Osprey Project, is in contact with the Aberystwyth branch of Scottish Power organising to have the offending pole(s) retroffited to be large bird safe before the Ospreys return in the Spring. Also a power pole near one of the new Joint Project Pole Nests up on Hiraeth moor is to be rendered bird-safe too,
as will potentially any others spotted to pose a genuine risk.

Here is Monty being hassled by a crow leading to wing flapping on the power pole. 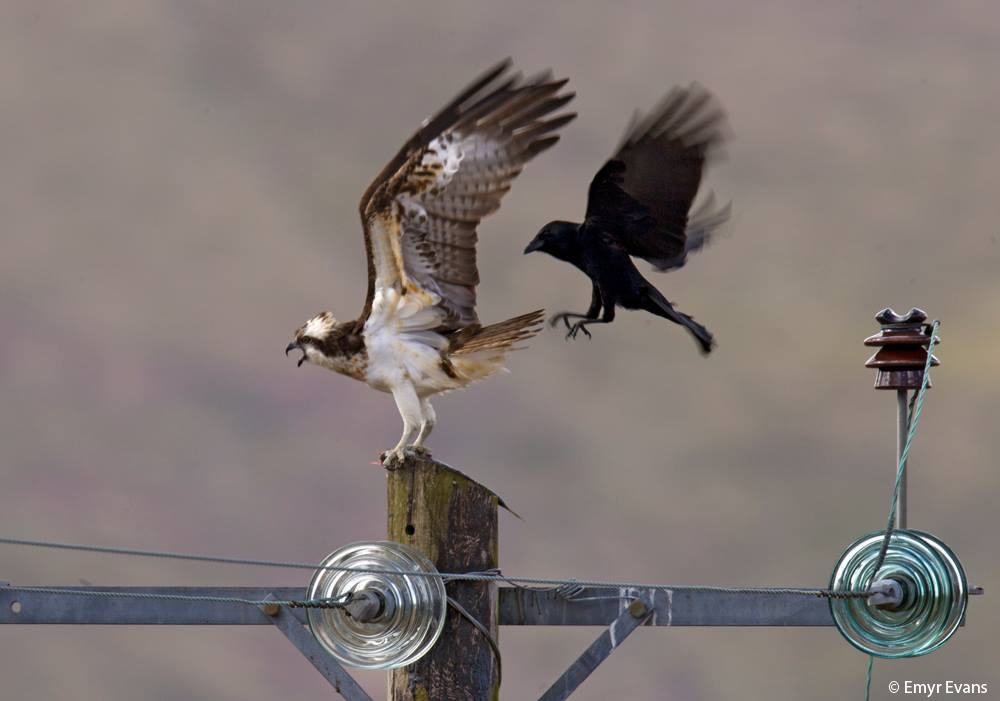