So that Jimmy did not die in vain

The Standing Committee to the Convention on the Conservation of European Wildlife and Natural Habitats (the Bern Convention) has recognized the threats power lines pose to birds in 2004 and made a Recommendation on minimising adverse effects of above-ground electricity transmission facilities (power lines) on birds (Recommendation 110 (2004), reprinted in Annex I). Similar recognition has been given to the issue by the Convention on Migratory Species (Bonn Convention) which adopted Resolution 7.4 in 2002 calling to curb the increasing electrocution risk from medium-voltage transmission lines to migratory birds and to minimise this risk in the long term. T-PVS/Inf (2013) 16 - 4 - In 2011 MME/BirdLife Hungary, the Ministry of Rural Development of Hungary and BirdLife Europe organized the conference “Power lines and bird mortality in Europe”. This conference highlighted the progress made in bird safety and power lines and outlined challenges in ensuring implementation of relevant international and national legislation. The conference resulted in the adoption of Budapest Declaration.

The Budapest Declaration identified several action points on power lines and bird safety, together outlining a multiannual programme of follow-up actions. In 2012 the Standing Committee to the Bern Convention invited the Observer Organisations to the Convention to voluntarily report on the progress of implementation of the Budapest Declaration. Six Observer Organisations responded to this request.

The reports from the Observer Organisations revealed that in general the implementation of action points of the Budapest Declaration has been limited in the Contracting Parties covered by these organisations. National expert groups have only been identified in Switzerland and Germany and a national programme of action was only reported in Germany. Switzerland has prioritised power lines for retrofitting and adaptation on a national or regional level and Germany retrofitting and adaptation of all medium-voltage transmission power lines is on- going. Germany and Switzerland have also developed and implemented technical standards for bird- safe power pole design and have put the necessary legislation in place to ensure new and fully reconstructed power lines are bird-safe by design.

Observer Organisations also reported that voluntary cooperation between industry, public administration and NGOs is on-going and that research on the impact of power lines on birds is being undertaken and published. The Contracting Parties are invited to step up their efforts to implement the action points of the Budapest declaration, especially regarding the identification of national expert groups and the development of national programmes of action. The Parties are also invited to communicate the progress on the implementation of the action points to the Observer Organisations.

It is high time for the UK follow suit. 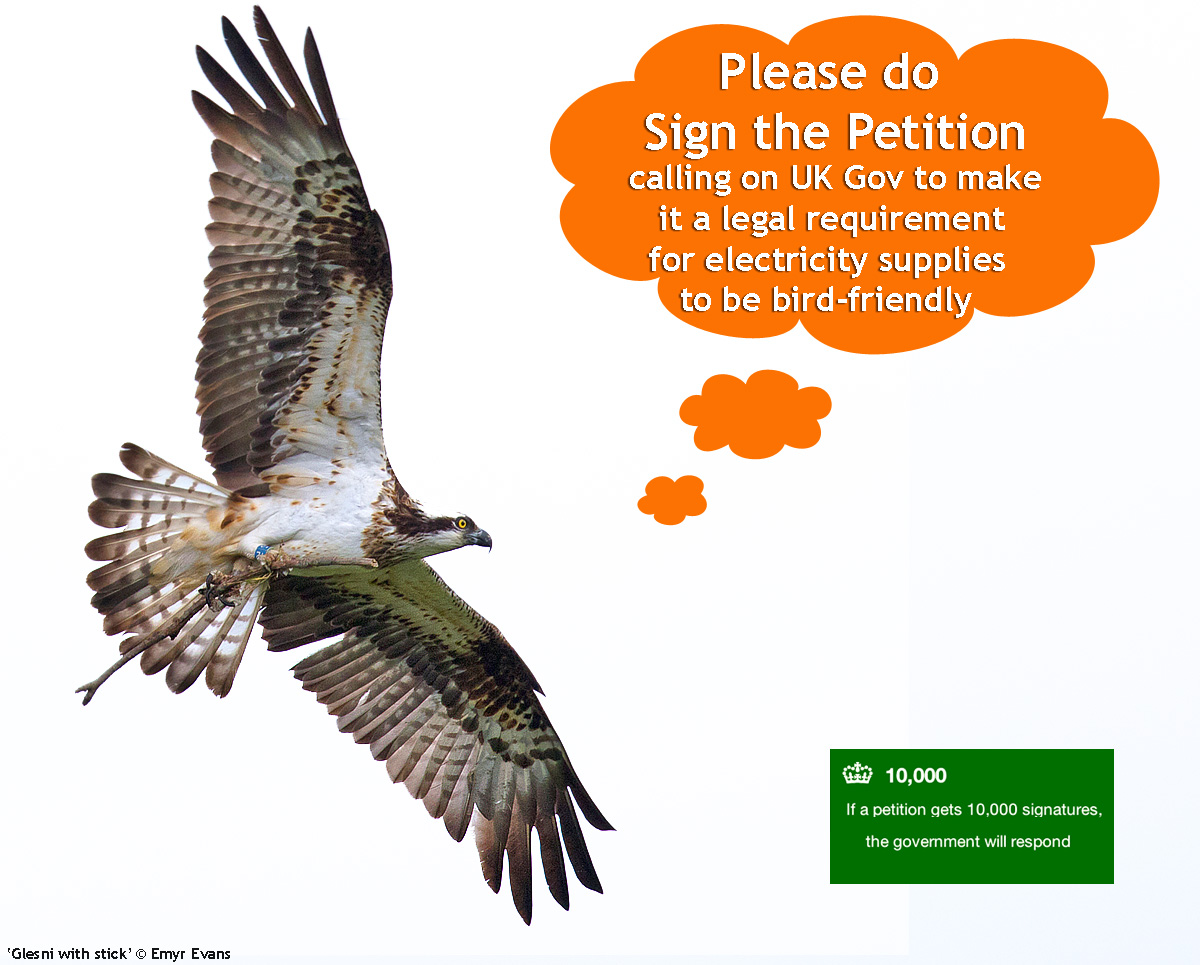