Call for Action for the benefit of all birds

"You broke the ground;
I merely followed the furrow you had ploughed."

The Project was contacted via its Facebook page last October 2015 by an individual worried about the proximity of power poles and lines to a breeding Osprey nest in the grounds of 'Born in the Borders', an award winning microbrewery open to the public, just outside Jedburgh in the Scottish Borders.

She had read about our work with Scottish Power and was interested in carrying out a similar project in the vicinity of this nest. She was particularly worried that all three of the juveniles from last year's nest had been seen, at some stage, perched on power poles to view the nearby river and on one occasion, had been seen attempting to land on the wires. 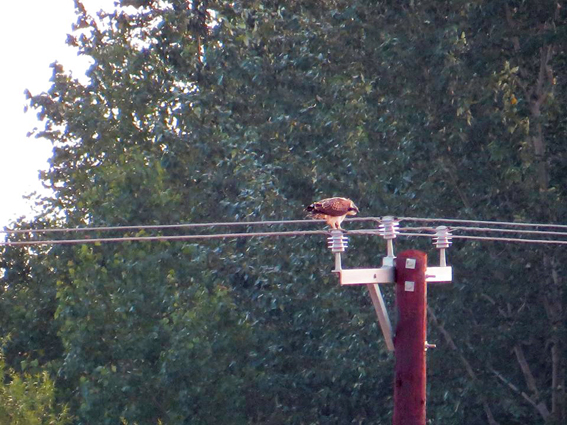 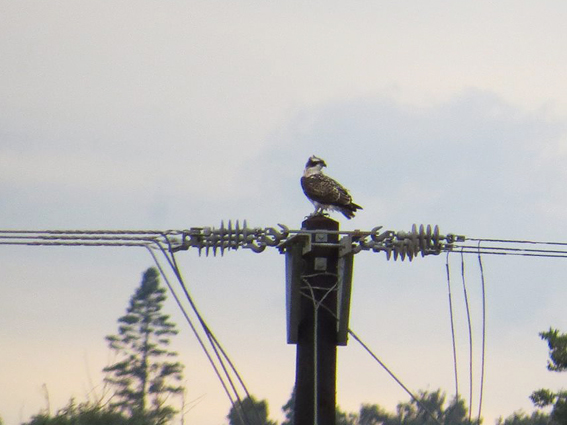 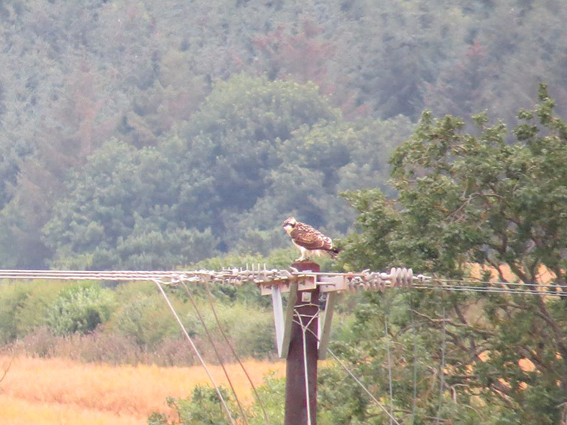 After discussions and pointers from us, including providing her with contact details of individuals at Scottish Power and sharing preparatory evidential documents, with tips overall of what worked, she arranged a meeting between Scottish Power, the landowner and herself and agreement was quickly reached as to what work could be done. The power company were given details of those who had done the work for OJ and we were able to provide guidance and support on a number of issues as the project proceeded.

"Scottish Power were very helpful
and agreed to do a variety of work." 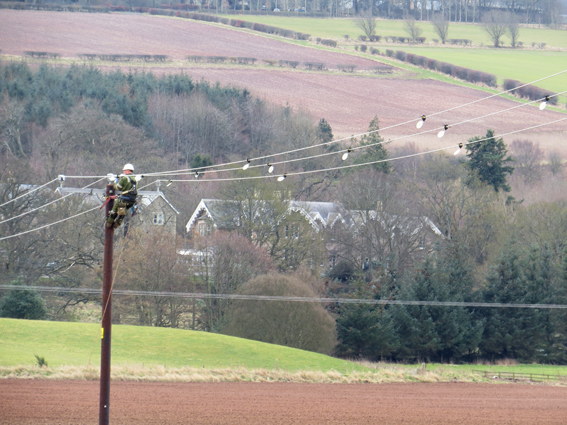 Acting in a narrow time-window in the wake of Storm Desmond, Scottish Power took action as follows:

A write up about the work of Scottish Power entitled 'A Platform for Future Osprey Success in the Borders'
appeared in the Borders Telegraph in May 2016, which you can read about here. 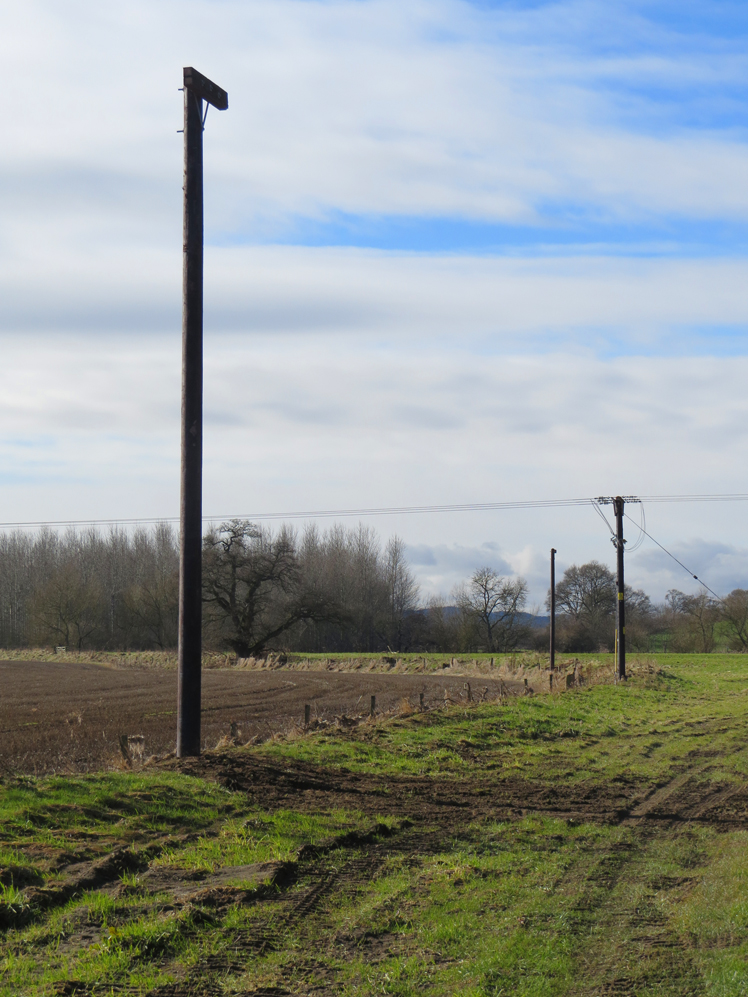 At the same time, work was carried out by other agencies to both repair the nest which had been severely damaged by the winter storms and install a camera.
The landowner agreed for these works to go ahead, along with those of Scottish Power, for the good of the birds. 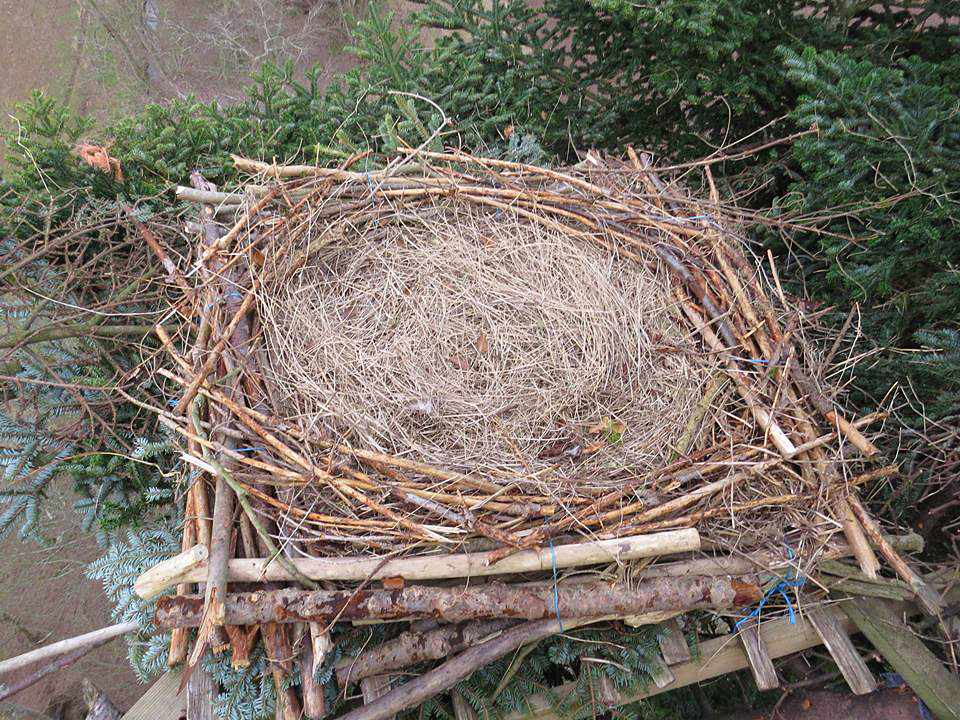 All the work was completed by 24 March, which was just in time as both birds arrived back on 2 April! The birds took straight to the refurbished nest. 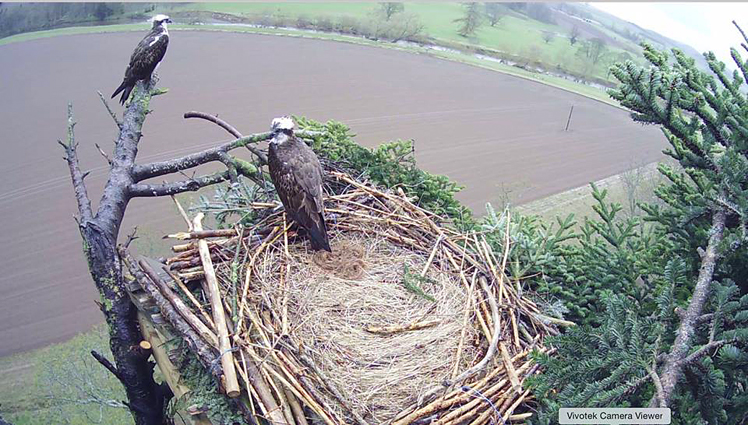 The following day, the female was spotted on the new add-on perch above the power pole, eating a large fish.
She clearly was very content with the new arrangement! 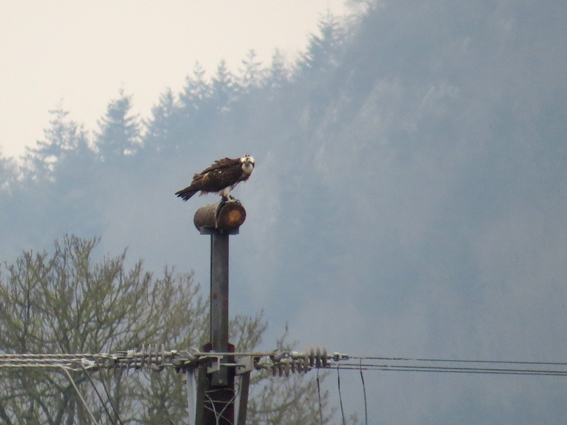 At the same time live streaming was being transmitted for the first time to eager bird lovers in the nearby cafe/restaurant,
adding a popular rare attraction to visitors alongside the microbrewery, demonstrating too the Nature-friendly ethos of the centre which you can read about here. 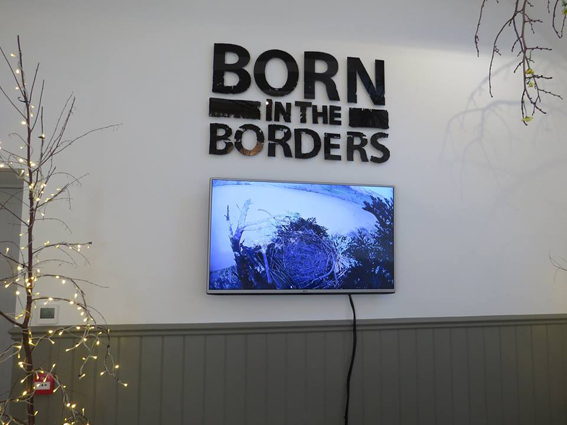 We were delighted to be able to use the knowledge and contacts we had gained during OJ to assist the rollout of this latest project in the Scottish Borders. The individual who initiated it acknowledged our contribution by stating that, without our help and guidance and providing the precedent, she would not have been able to get the work done.
"You broke the ground; I merely followed the furrow you had ploughed."

Equally Operation Jimmy was delighted to have been consulted and to play a critical part in this success story. We were kept informed "hot off the press" at every stage and thank the said individual greatly for this; she is a joy and a pleasure to liaise with and support.

An article appeared in 'The Scotsman' on Friday 27 May 2016 about this Osprey risk electricity mitigation work performed by Scottish Power,
in which Operation Jimmy is delighted to receive an acknowledgement.

"Operation Jimmy sends many Congratulations to that said individual
for her determination, perseverance, effort and energy,
and for all she has done, orchestrated and achieved
in this excellent result for Ospreys."

Please do contact this Project if you or you know of anyone else who could benefit from our Advise, resting assured that:

"Operation Jimmy is always keen and happy to share,
for the benefit of Ospreys and all birds."