To my very great surprise, and most totally unexpectedly, while absorbedly taking photographs of the unfolding afternoon at the Official Opening Day Event of BGGW Glasyn Wildlife Visitor Centre at Pont Croesor, Glaslyn Valley, North Wales, I was called over to the marquee tent...

A few people from the project were gathered round looking at me and there to greet me was Iolo Williams! Naturally I was most taken aback and all the more when he produced CU2 Jimmy's ring from his pocket and gave it to me as a thank you for my work for wildlife.

The tears which brimmed up in my eyes may have appeared to anyone watching as one thing - and of course I was deeply touched, brimming with pride and incredibly honoured, but in that moment I was most overwhelmed by the fact I was holding the very ring which had been on CU2 Jimmy's leg from a near fledgling, out probably to Africa and back, and on him as the fatal current brutally electrocuted him. It felt like a huge 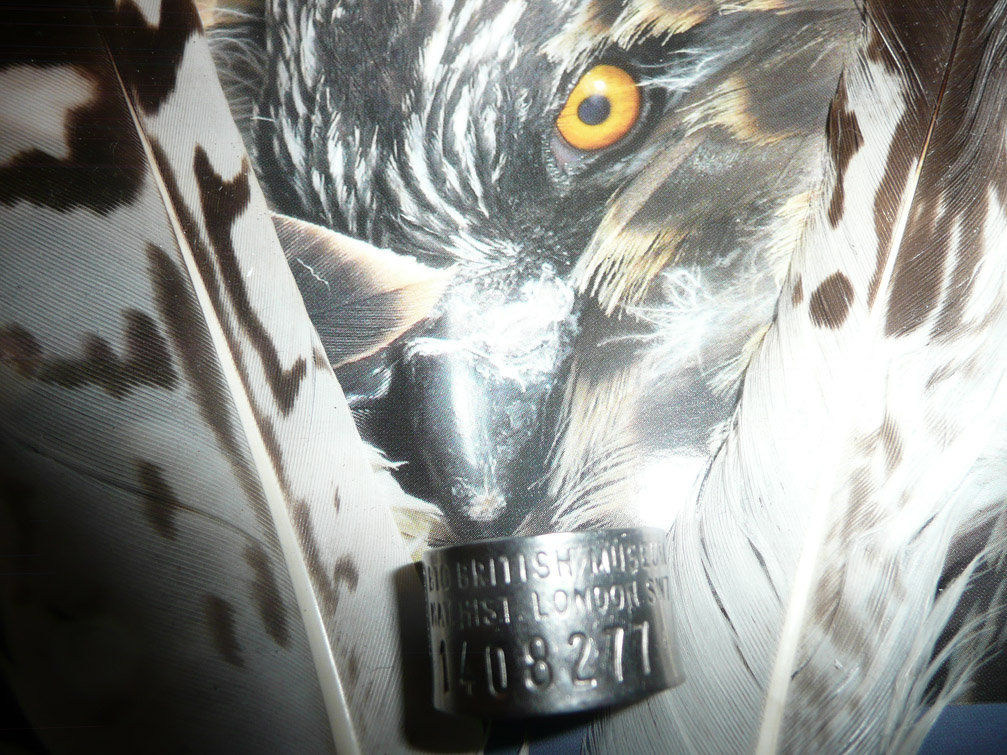 Happily I found the ring fit perfectly on my left hand's little finger! - so that's where I wear it - not absolutley all the time but especially when engaged with Ospreys, wildlife and Operation Jimmy. I wear it too when doing wild things in Nature - like diving into my favourite natural tidal pool where the fish leap in the evening, the sun glints on the surface and the mountains rise up behind with the Glaslyn valley beyond. After all this is what that ring did all those hundreds of times CU2 Jimmy plunged into water over the 2.5 years plus he had been fending for himself. That could easily have been over 1000 fish!!!

I curled my thumb to my little finger of my left hand, pressing them together as I dived in intently guarding it from slipping off and away to the bottom. One slip of Mindfulness and it could be lost forever. Thank you ring.

And as the cold water rushed over my skin on my entrance and changed to warm as my strokes took me to the shallower eadges, I wondered at the extraordinary interface which an Osprey has with water and an honour for a bird whose life was so tragically taken away.

The ring calls me back. It engenders my responsibility for the benefit of all birds and wildlife. It asks me to remain prisitine alert, 360. For this I am most grateful. From this I give all I can.

A project launched in response to the tragic electrocution of the male Osprey CU2 Jimmy to make electricity supplies in Wales / UK Osprey-friendly so that it does not happen again and Jimmy did not die in vain. Working for the benefit of all birds.