Hazards to Birds from Electricity

Electrocution is a lethal passage of electricity through a living body,
resulting in muscle spasm, burns, shock, cardiac arrest and death

Mock up of CU2 Jimmy tragically electrocuted on 11 May 2015 when he perched
on an end power pole at Hiraeth cottage, nr Pentrefoelas, Conwy, North Wales. 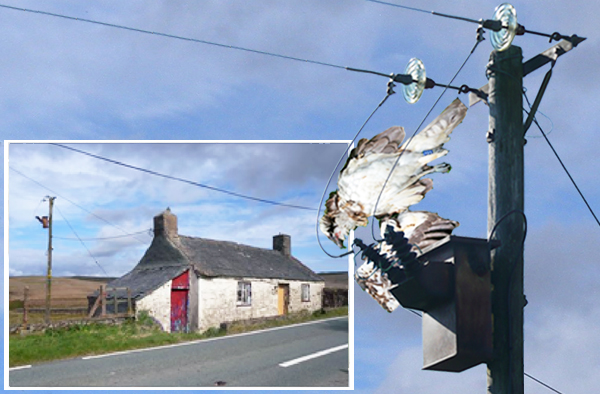 Electrocution is usually performed by a ground fault (2. below) caused by the bridging of live conductors and earthed components (poles, pylons). The greatest danger is from medium voltage lines / poles where the phase shift distances are small, so that the birds settling can cause a short circuit or ground fault. Particularly dangerous are crossbars with upstanding pin insulators.

Electricity will only flow where there is a potential (voltage) difference. 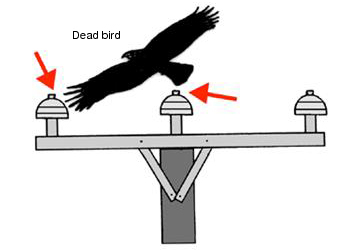 Here the bird's wings create a short circuit
for the electricity to flow through connecting 2 pin insulators or 2 live wires. 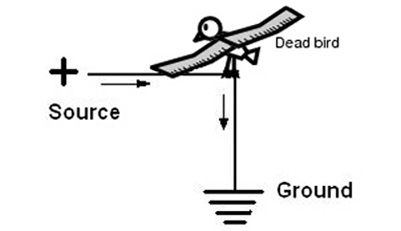 The lethal current routes from energised wire
through the bird's body to ground.

The result is a violent death from muscle spasm, cardiac arrest and severe burns:

In some areas of the world the problem has reached catastrophic proportions:

Some species driven to the verge of extinction: 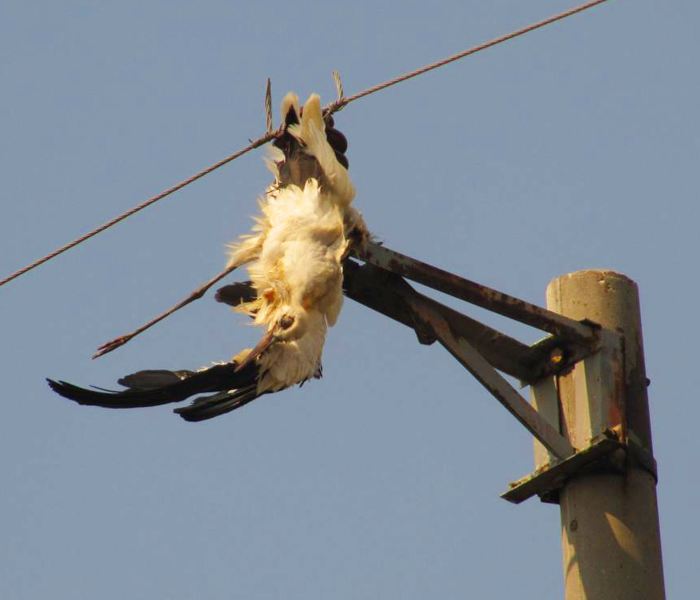 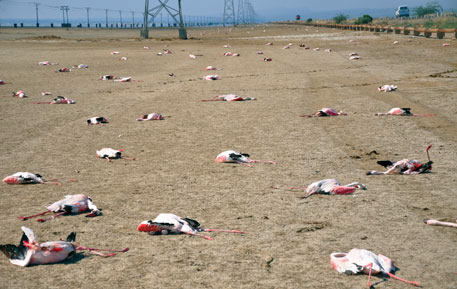