Keeping Birds Safe from the Hazards of Electricity

Use of decoys or repositioning altogether to prevent encountering. 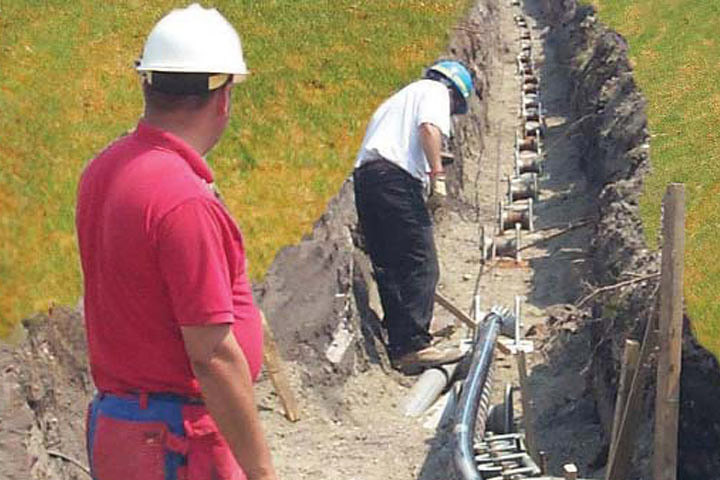 When Jimmy was electrocuted Scottish Power went to full measures to retrofit the killer pole to make it bird safe. 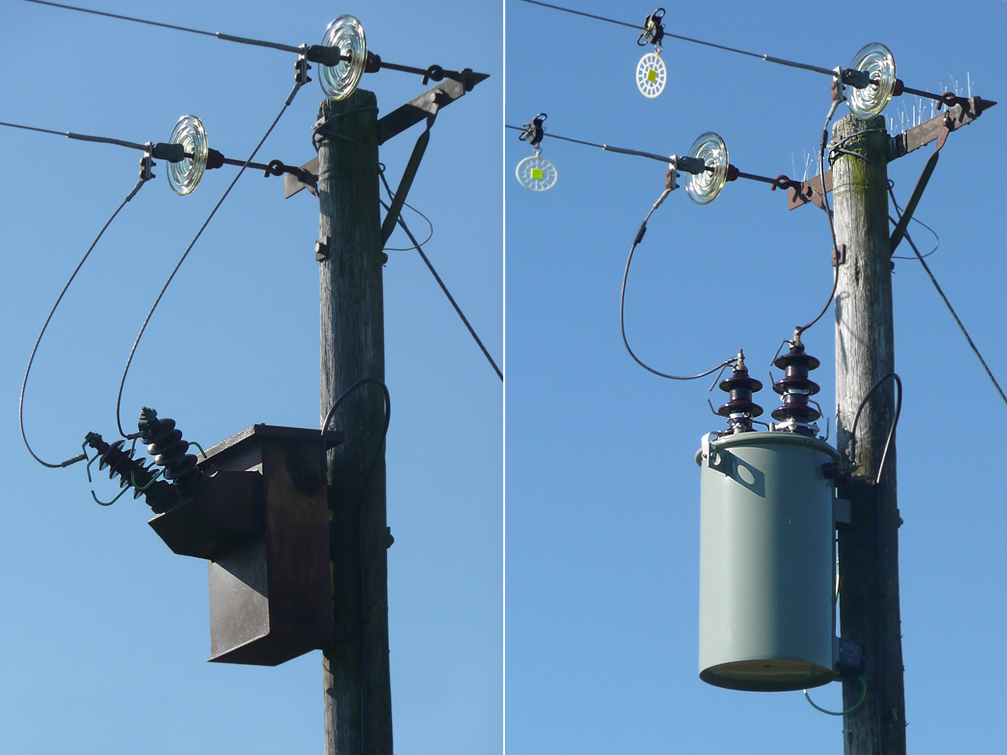 The retrofitted pole has insulated jumper wires, a new transformer with upright isolators, composite spikes on the cross-bar and flight diverters.

Add-on perches can also help keep birds safe as demonstrated in this video:

The notorious power line from Port Sudan to the Red Sea coast, which is estimated to have electrocuted hundreds and perhaps thousands of Endangered Egyptian Vultures Neophron percnopterus since its construction in the 1950s, was switched off in March 2013. 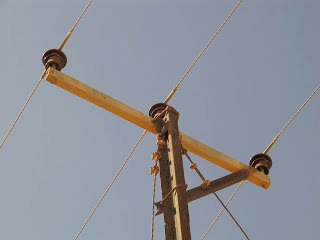 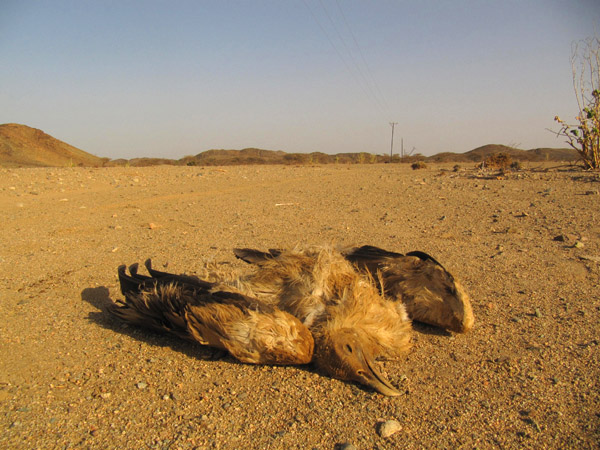 German ornithologist Gerhard Nikolaus?s expedition in 1982-83 found nearly 55 electrocuted Egyptian Vultures under the 31-kilometer power line stretch and during his next visit 21 years later, he found another 5 dead birds. Another survey found, in September 2012 alone, the carcasses of 17 Egyptian vultures along the line, adding that all of the carcasses were found under power poles, 15 under metal poles and two under concrete poles, making electrocution the most likely cause of death.

Soon after work started on constructing a new power line running parallel to the existing line, with 510 new poles insulated with XLPE insulated (AAC) aluminum conductors to protect from electrocution. Meaning that these Vultures are now able to perch safely when they cross this zone of their migration. (photo KHristov) 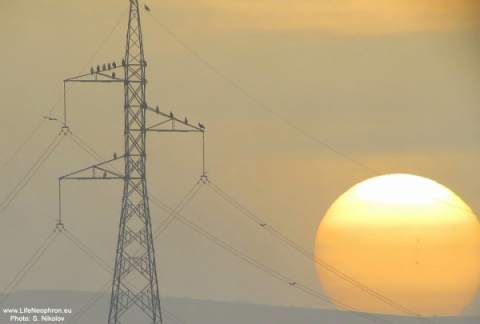 New pylons with the rising sun, photographed by Stoyan Nikolov, Project Manager from Bulgarian Society for the Protection of Birds. 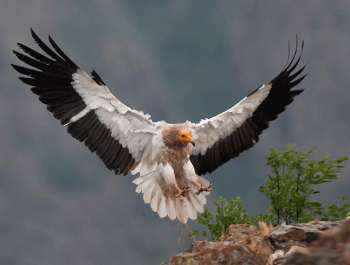 Flight diverters can be fitted to a power line as a visible deterrent to birds who may otherwise collide especially in dark, rain or mist. Collision is often associated with earth wires which are frequently installed above the live lines and are less smaller and hence visible. Large birds are most at risk because of their large wingspans and slow last minute manouveurabiulity eg cranes, swans and flamingos. 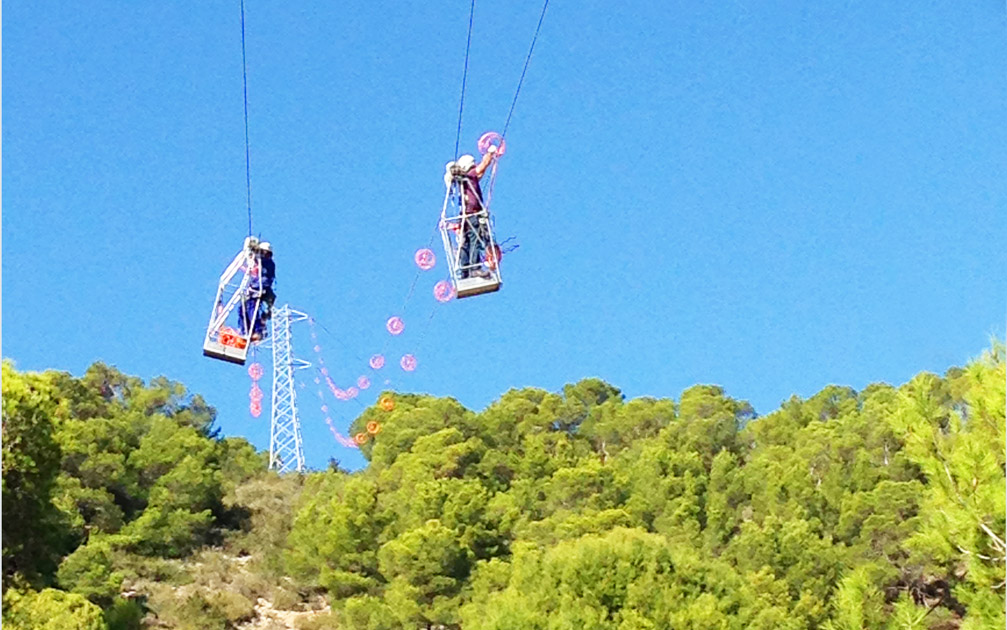 Red El?ctrica has installed a total of 515 bird-flight diverter devices along the 30 kV land section of line between the San Jorge substation, in Ibiza, and the Formentera substation, specifically along a total of 2,903 metres of this section, which includes Ibiza?s Ses Salines Natural Park. The placement of the bird-flight diverters on the San Jorge ?Formentera 1 line is the first activity of its kind that Red El?ctrica has carried out on the transmission grid of Ibiza.

The installation of the bird-flight diverters will minimize the number of birds colliding with the electricity lines. The devices consist of spirals made ??of polypropylene (PVC) and are wrapped around the grounding cable. They are brightly colour which facilitates their visibility and detection by birds over long distances. Red El?ctrica will monitor their impact.

The marking of this electricity line, which was carried out in conjunction with the Species Protection Service of the Balearic Islands? Government, reflects the commitment of Red El?ctrica to biodiversity protection and the conservation of areas of high ecological value, as is the case with the Ses Salines Natural Park, an area characterised by its significant natural heritage and its ornithological richness.

One point of note however is that visual deterrents alone will not guarentee to protect birds whose vision favours downwards and sideways in flight and only forward movement and foraging. Thus birds like cranes, flamengos and swans who communicate with other birds in formation flight and birds of prey scanning for prey are still most at risk. Research is looking into other methods to safeguard these birds such as the use of sound to alert them.

There are many significant benefits to having voltage power lines underground of which saving birds and animals from electrocution and collision is a great one.